US dollar Index (UUP) is currently breaking below the key support – 200 day moving average. Is this a head-fake, like in June, or is it a major turning point, indicating further US Dollar depreciation? 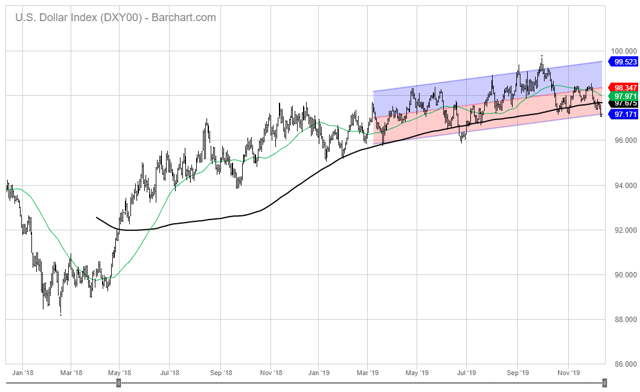 The recent uptrend in US Dollar index started in April of 2018, with the beginning on trade war escalations, which over time negatively affected the global economy, while the US economy was relatively unaffected. Specifically, the Chinese economy significantly slowed down, while German economy even flirted with a recession. As a result, the Euro weakened, as well as other currencies such as Australian Dollar, Canadian Dollar.

Technically, US Dollar Index is on the verge of breaking down the uptrend started in April of 2018. Fundamentally, the potential US Dollar depreciation, or a downtrend, can be attributed to to the variables related to the key event: the US 2020 election. Specifically:

Signals from other markets

Trade war escalation since April 2018 has negatively affected export-oriented German economy, which is reflected in the trend of falling yields on German Bunds. Recently, the Bund yields have risen, and now push the key resistance – 200dma. Expected trade war deescalation is likely to cause the break-out in German yields above 200dma, which supports the Euro. 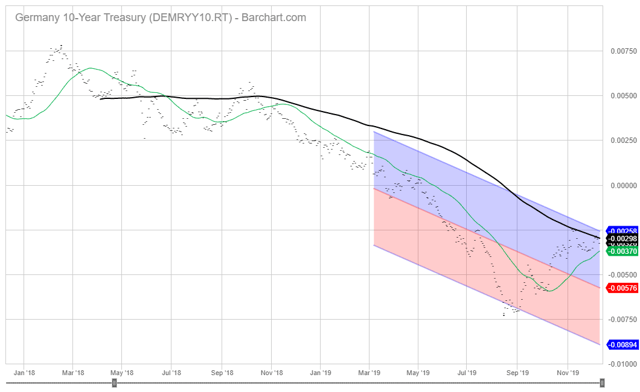 The primary beneficiary of a depreciation US Dollar will be emerging market equities (EEM) and European equities (FEZ).